The McNaughton Corporation is the pinnacle of American industry. They built the guns that won the Great War before it even began. They built the airships that tie the world together. And, above all, they built Evesden-a shining metropolis, the best that the world has to offer.

But something is rotten at the heart of the city. Deep underground, a trolley car pulls into a station with eleven dead bodies inside. Four minutes before, the victims were seen boarding at the previous station. Eleven men butchered by hand in the blink of an eye. All are dead. And all are union.

Now, one man, Cyril Hayes, must fix this. There is a dark secret behind the inventions of McNaughton and with a war brewing between the executives and the workers, the truth must be discovered before the whole city burns. Caught between the union and the company, between the police and the victims, Hayes must uncover the mystery before it kills him.

Special Citation of Excellence for the 2012 Philip K. Dick Award! 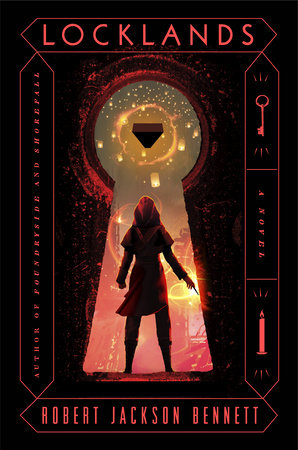 A god wages war—using all of humanity as its pawns—in the unforgettable conclusion to the Founders trilogy. Sancia, Clef, and Berenice have gone up against plenty of long odds in… END_OF_DOCUMENT_TOKEN_TO_BE_REPLACED 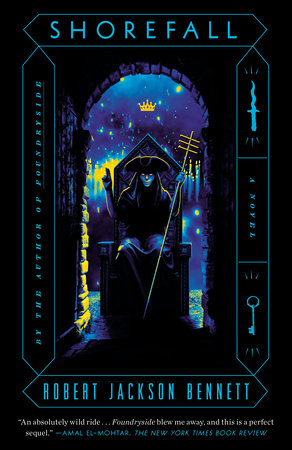 As a magical revolution remakes a city, an ancient evil is awakened in a brilliant novel from the Hugo-nominated author of Foundryside and the Divine Cities trilogy. “An absolutely wild ride .… END_OF_DOCUMENT_TOKEN_TO_BE_REPLACED